Gwyn Newsom Law has worked tirelessly for more than 25 years helping women who have been sexually abused and exploited take back what wrongdoers have stolen from them – their sense of safety, the ability to trust others, their dreams, opportunities for advancement, jobs, status, financial security, peace of mind, self-esteem, dignity, and prestige. Our legal system recognizes only one way to do that: for the wrongdoers to pay money to compensate and make up for the harm they have caused. Gwyn Newsom Law works aggressively to help you get the best recovery possible from the wrongdoer in order to restore you as best as possible to the life you enjoyed before you were unfairly and unlawfully abused.

Sexual abuse and exploitation involves persons using their power over another to get what they want while refusing to take any responsibility for their actions. Often when persons who are harmed find the courage to complain about sexual abuse, including sexual harassment, they are often blamed for what happened, excuses are made for the perpetrator, nothing is done to protect or compensate the person harmed, and the perpetrator suffers little or no consequences. Gwyn Newsom Law takes on powerful companies and individuals – like David fighting Goliath – to right the wrong of sexual abuse. The responsible parties need to be held accountable for abusing – and for allowing the abuse of – innocent, unsuspecting, less powerful individuals. 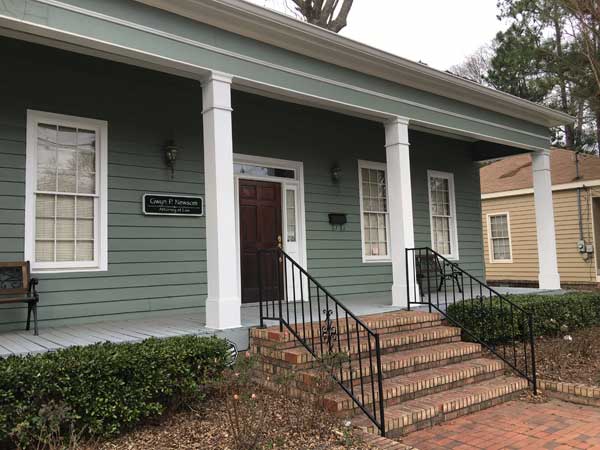 Even though it is illegal, and despite the term “sexual harassment” being discussed frequently in our society, many continue to be sexually harassed, abused, and exploited in our country – by supervisors at work and also by persons in other positions of authority and trust such as physicians, counselors, psychologists, and ministers. For more than 25 years, Gwyn Newsom Law has helped numerous clients successfully recover their losses after suffering horrendous mistreatment, including being coerced into engaging in unwanted sexual activity with someone in a position of power and authority, being sexually assaulted, forcibly raped (including rape or sexual assault after unknowingly being drugged – commonly called “date rape drugs”), and being retaliated against after complaining about sexual harassment or abuse, including losing promotions, being fired, or being forced to quit a beloved job because the employer refuses to hold the perpetrator accountable.

The effects of sexual abuse are far-reaching, particularly since it involves a devastating breach of trust. The journey can be long and difficult, not only to recover tangible losses but, more importantly, to be able to trust again.

We will consult with you, free of charge, to evaluate your legal claim to see if we can help you. Take the first step in placing the blame on the persons who have caused you harm: call or email us. If we are able to accept your case, be assured that we will fight for you. We care. Take back your power – and your dignity.